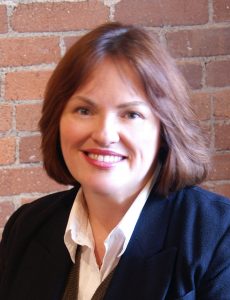 Dr. Zaborowski has been a librarian for 28 years during which time she has served in school, public, and academic libraries. Currently, she serves as Dean of Library Resources at the Pennsylvania Highlands Community College.

Starting at the College in 1995, she has been instrumental in building the library and promoting library services to students and faculty. In addition, Dr. Zaborowski also serves as Special Assistant to the President.  As Special Assistant, she has served as Co-chair for three Middle States Association accreditation self-study committees, in addition to acting as grant writer and project manager for several College grants; including a $1.9-million-dollar Title III federal grant.

In 2004, Dr. Zaborowski began the One Book, One Community Reading Program in Cambria County. By bringing together members from the University of Pittsburgh at Johnstown, St. Francis University, the Cambria County Library System, and the Johnstown Chapter of Rotary International, a county-wide reading program was implemented. In 2006, a middle school component was added which has grown to a multi-day event. In the 13 years of the One Book Middle School Reading Program over 14,720 students have participated. Today, there are students who volunteer for the program who attended the program when they were in fifth grade.  In 2009, her middle school reading program received the Innovation of the Year Award presented by the League for Innovation in Community Colleges and the Ruth T. Toiga award presented by the Cambria County Literacy Council for making a unique contribution to literacy in the community.

In 2010, the Johnstown Area Heritage Association presented her with its Heritage Preservation Award for her efforts in digitizing and preserving the history of Johnstown and for her original research on the Underground Railroad in central Pennsylvania.  In 2012, she received the Distinguished Alumni Award from the School of Information Science.

In 2016, she received a National Endowment for the Humanities grant which resulted in the digitizing of local history and became the Cambria Memory Project. In 2017, in partnership with HSLC and Commonwealth Libraries, this program was expanded to become the ScanPA project to support the PA Digital and Digital Public Library of America initiatives.

—Each month, a member of the GAC will be profiled in the Compendium. Learn about the Governor’s Advisory Council.