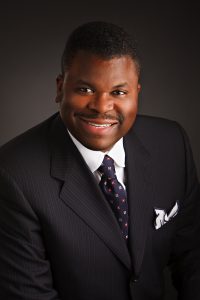 Dr. Patrick Michael Oates is a native Philadelphian and a product of the public school system of the city. He completed his undergraduate training at Tuskegee University in Animal Science and a doctorate degree at Howard University in Washington, DC in Physiology & Molecular Biology.  While attending graduate school, Patrick had the rare opportunity to hone his research skills at the world renowned National Institute of Diabetes and Digestive and Kidney Diseases (NIDDK) of the National Institutes of Health (NIH).

After completing the Ph.D. degree, Dr. Oates returned home to work in the pharmaceutical industry- initially with GlaxoSmithKline Pharmaceuticals, at the bench as a researcher, in Medical Affairs, as a Medical Science Liaison, and later in Marketing & Sales as a Product Manager and as a Market Research Analyst. He continued his career at Aventis Pharmaceuticals in Bridgewater, NJ, in CNS New Product Commercialization and Wyeth Pharmaceuticals as the Director of Infectious Diseases, Global Medical Affairs where he led a team of MDs, PharmDs, and PhDs. Dr. Oates also worked at PRWT Services, Cherokee Pharmaceuticals as a Director of Business Development. He’s presently the Senior Vice President of Business Development & Strategic Planning for EMSCO Scientific, Inc. a thirty-six-year-old, local, minority owned and operated scientific enterprise. EMSCO Scientific sources chemicals, pharmaceutical excipients, laboratory supplies & equipment to the pharmaceutical, biomedical research, industrial, energy, and food & beverage sectors.

He is married to the lovely Evelyn R. Sample-Oates- the Executive Director of Government Affairs at The School District of Philadelphia. They are the proud parents of two beautiful and talented children, Andrea-Rose Sample Oates and John-Patrick Urias Oates.

—-Each month, a member of the GAC will be profiled in the Compendium. Learn about the Governor’s Advisory Council.