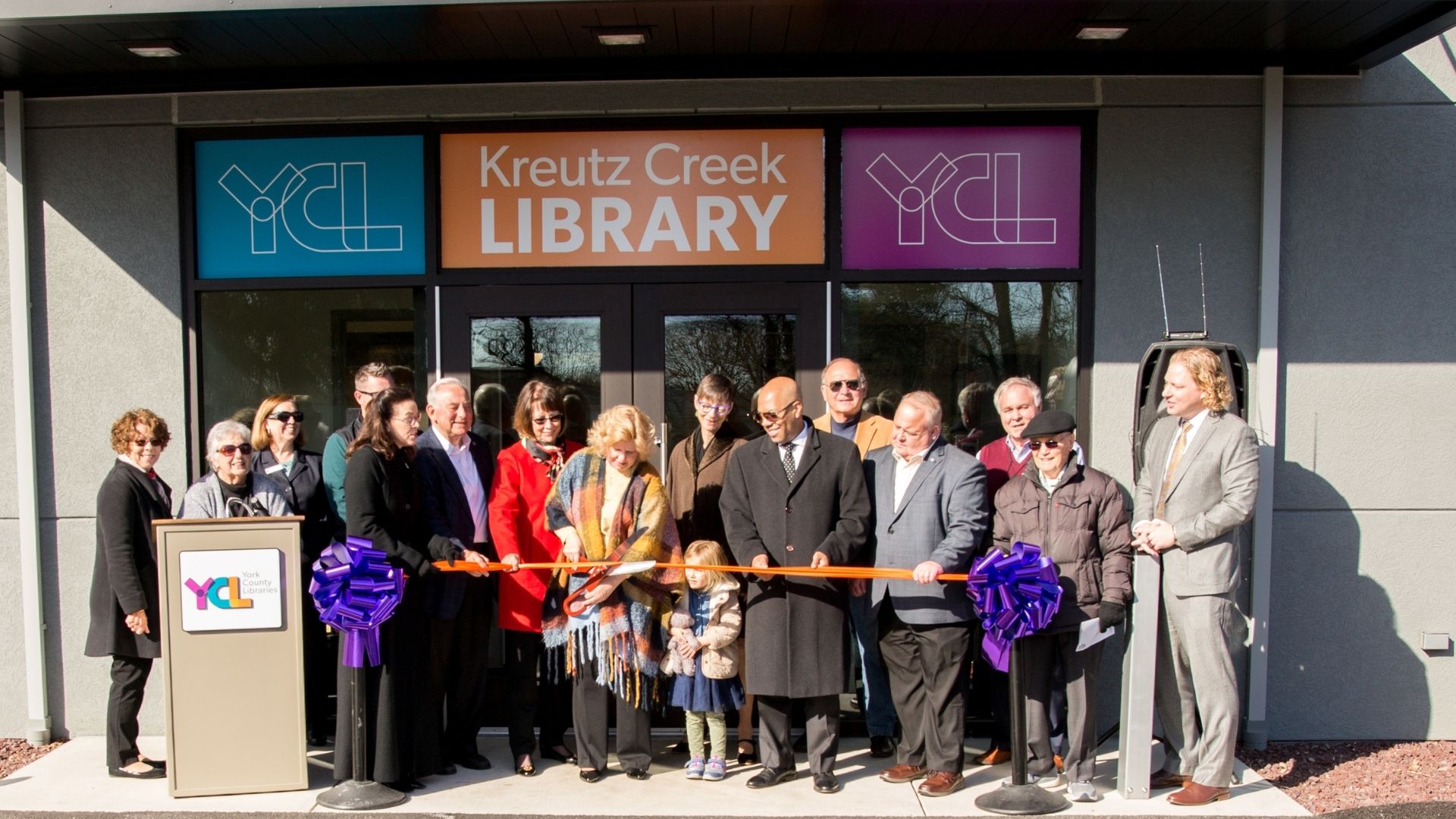 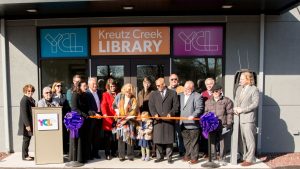 The event represents a significant moment. Kreutz Creek Library is the first of three capital campaign building projects to be completed. According to Lambert it was three years ago in April 2019 that he unveiled the organization’s plans to transform three libraries: Martin Library, Kreutz Creek Library and Kaltreider-Benfer Library into state-of-the art library facilities. This is an endeavor, he says, that marks the first simultaneous, multi-location expansion project in YCL’s 48-year history.

Lambert’s listening tour during his first year as president in 2016 is what spurred the projects. “I met with staff and community members at libraries countywide, and the needs were apparent,” recalls Lambert. “These three libraries required expanded and enhanced facilities to accelerate and grow how they meet the needs of their local communities. Consistently, I heard that members wanted more space and more programs for teens and children. That community input informed strategic objectives and laid the foundation for a capital campaign to accomplish what the community wanted.”

“Here we are, three years later, with the first of the three projects complete. I think we met and surpassed what the community asked of us,” says Lambert. The new Kreutz Creek Library features dedicated children and teen spaces, an open service area, additional computers, seating, and meeting spaces. The 8,800 square foot library sits adjacent to the 1,200 square foot FEMA trailer that served as the community’s library for 42 years. Hellam Township’s support spans the library’s entire history. The Township provided the land for the original library which opened in February 1979, and recently provided their former municipal building as the new home for the library. The facility has been totally transformed.

Funds for all three building projects were raised through the “Imagine. Discover. Connect.” capital campaign led by co-chairs Kochenour and Randall with honorary campaign co-chairs Jody Keller, Bill Shipley, and Tony Campisi, plus a large team of campaign volunteers. The library transformations are coming to fruition thanks to generous local support, matching grants, and the Financial Assistance of the Commonwealth of Pennsylvania, Honorable Tom Wolf, Governor. Martin Library’s renovation will be completed this spring, and Kaltreider-Benfer Library’s renovation and expansion project is underway now.

Kreutz Creek Library is introducing its new space to the community during its Grand Opening Celebration, now through Saturday, April 16. The week’s festivities include activities for all ages. The library is located at 66 Walnut Springs Road in Hellam and is open on Mondays and Wednesdays from 10:00 a.m. – 2:00 p.m., Tuesdays and Thursdays from 12:00 p.m. – 8:00 p.m., Fridays and Saturdays from 10:00 a.m. – 1:00 p.m., and is closed on Sundays. Masks are optional. Community members with questions should phone the library at (717) 252-4080.

Kreutz Creek Library is a branch of York County Libraries which includes 13 libraries that provide the latest in print and digital information, best sellers, Wi-Fi, digital story times, book discussions and 80 databases. Their extensive collection of 700,000 items includes over 80,000 digital library materials for loan. All are available for free with a York County Libraries card.

submitted by:
Deb SullivanDeb Sullivan ​(she, her, hers)
Director of Community Relations
York County Libraries